Thank you for welcoming me so warmly to Christ Church Secondary School! In the few months I have been here, many of you have greeted me with a smile (in your eyes), a nod, or a wave. I hope you do the same for your teachers and other members of staff – this habit of greeting each other goes a long way in making CHR a second home for all of us.

I’ve also seen many of you in action, in morning assemblies, CHR Speakers (our inter-class storytelling competition), outreach to primary schools, e-Open House, Sec 1 Orientation, Sec 1 Challenge, and Resilience Programmes. These are all platforms to develop CHRians who have the Drive to Excel, are Thoughtful Contributors, and are Active Learners, and we plan to give you many more of such opportunities this year.

The theme for this year’s Sec 1 Orientation was CHRytale. Sec 1s were Writers; the Orientation Group Leaders (OGLs) were Editors, Illustrators, Enchanters and Tale Archivists; and teachers were Curators. By the end of Orientation, all Sec 1s were presented with their “Writer’s License” and “Mighty Pen”, and encouraged to Write On, Write Well. I thought the theme, which was developed by the OGLs, was a very meaningful one – not just for the Sec 1s, but also for everyone else. As authors of our lives, we all have the power to write our stories, and through our words and actions, make a difference to those around us.

When I spoke to the Sec 1s during Orientation, I used the stories of Harry Potter, Rey (from Star Wars), and Peter Parker to make a few points, which I would like to share with the Sec 2s to 5s as well. 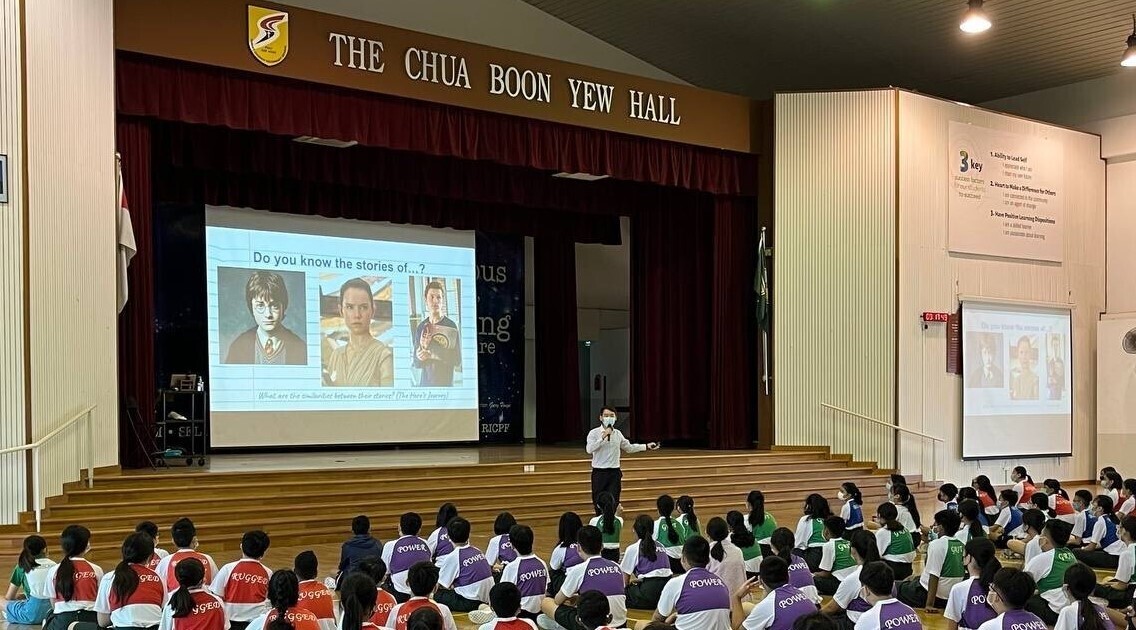 Through the experiences they went through, the people they met, and the decisions they made, Harry Potter, Rey, and Peter Parker were transformed into Purposeful Leaders, in their own ways. My hope for all of you is that you too will become Purposeful Leaders with God as the Enabler, guided by the values of Courage, Compassion, and Curiosity.